He scored some of the biggest party smashs of the late 90s, shaking up dancefloors and charts around the globe – and now he’s back with more of that blissed-out 90s feeling: LOU BEGA has just announced his forthcoming album, scheduled for later this year! 100% sonic time travel, the new album sees the German hitmaker revisit some truly timeless 90s melodies, giving them a long-overdue update. This month, Bega kicks off his new musical journey with a dancefloor-ready first taste: lead single “Buena Macarena,” a brand-new take on the mid-nineties hit, is out April 30 via Electrola. A perfect soundtrack for the upcoming summer season, the release also marks the 25th anniversary of the original tune by Los del Río.

In fact, 1996 started off with an unusually chilly summer. It was hot for a few days around late May, early June, but that was it; afterwards, it stayed cool for weeks and weeks. Even the endless series of soul and hip-hop tunes dominating the charts didn’t really manage to bring the heat. And yet, eventually the clouds did part, and a long-awaited sizzling summer breeze arrived in the form of “Macarena” – the biggest global summer smash that year. Recorded by Los del Río, the song didn’t just top the charts in Germany, Austria, Switzerland, and countless other countries, but stayed there for weeks. In Germany, “Macarena” remained in the charts for 37 weeks, extending summer way into the fall and winter seasons. Meanwhile, in the US Hot 100, the tune took the #1 spot for an incredible 14 weeks (!) and was eventually named Billboard’s #1 All Time Latin Song in 2012.

The biggest dance hype of the 90s

Exactly 25 years later, Lou Bega is about to bring back the “Macarena” heat wave: His brand-new take on the classic, entitled “Buena Macarena,” comes with the same kind of undeniable energy, sounding even bigger and bolder with its 100% up-to-date production. It’s not even surprising, since the Munich-born singer has always specialized in making infectious tunes even more infectious: Back in 1999, his massive “Mambo No. 5” was actually a remake of a 1949 Mambo recording, and more recent “Scatman & Hatman” gave a new spin to mid-nineties charts smash “Scatman”. Honestly, it was about time for someone like Latin hit wizard Lou Bega to revisit the “Macarena” craze…

Whereas Lou Bega’s trusted producer Roland Spremberg (a-ha, Ville Valo, Natalia Avelon) adds some powerful summer vibes to the dancefloor-ready anthem, Bega delivers the verses in English, adding his own twist, only to celebrate that “alegría” in the chorus: a feeling that people have indeed been craving for. In short, Lou Bega’s “Buena Macarena” is here to bring back that Latin-flavored 90s joy and ease!

After they’d recorded “Scatman & Hatman” together, a track that immediately stormed the iTunes charts, garnering millions of streams, Bega and Spremberg eventually decided that it was time for a more in-depth trip into the musical hey-days of the 90s: Accordingly, the forthcoming Lou Bega album will be pure pre-millennium vibes, rearranged and reinterpreted, revamped and rebooted for the year 2021.

Since his international smash “Mambo No. 5” went straight to #1 in 21 countries in 1999, Lou Bega has delivered a stunning series of party anthems. Followed by more recent hit singles such as “I Got A Girl,” “Gentleman,” “Boyfriend,” or “Sweet Like Cola,” he eventually received a GRAMMY nomination and was Cher’s “Special Guest” on the iconic singer’s US tour. A two-time ECHO winner in his native Germany, he’s sold 6+m singles, 7+m albums and more than 40 million compilation album units.

Bringing back that “Macarena” craze, Lou Bega is about to kickstart the next chapter of his career, as he’s taking off into the sonic landscape of the 90s… After all: no one represents that carefree 90s vibe more than he does… 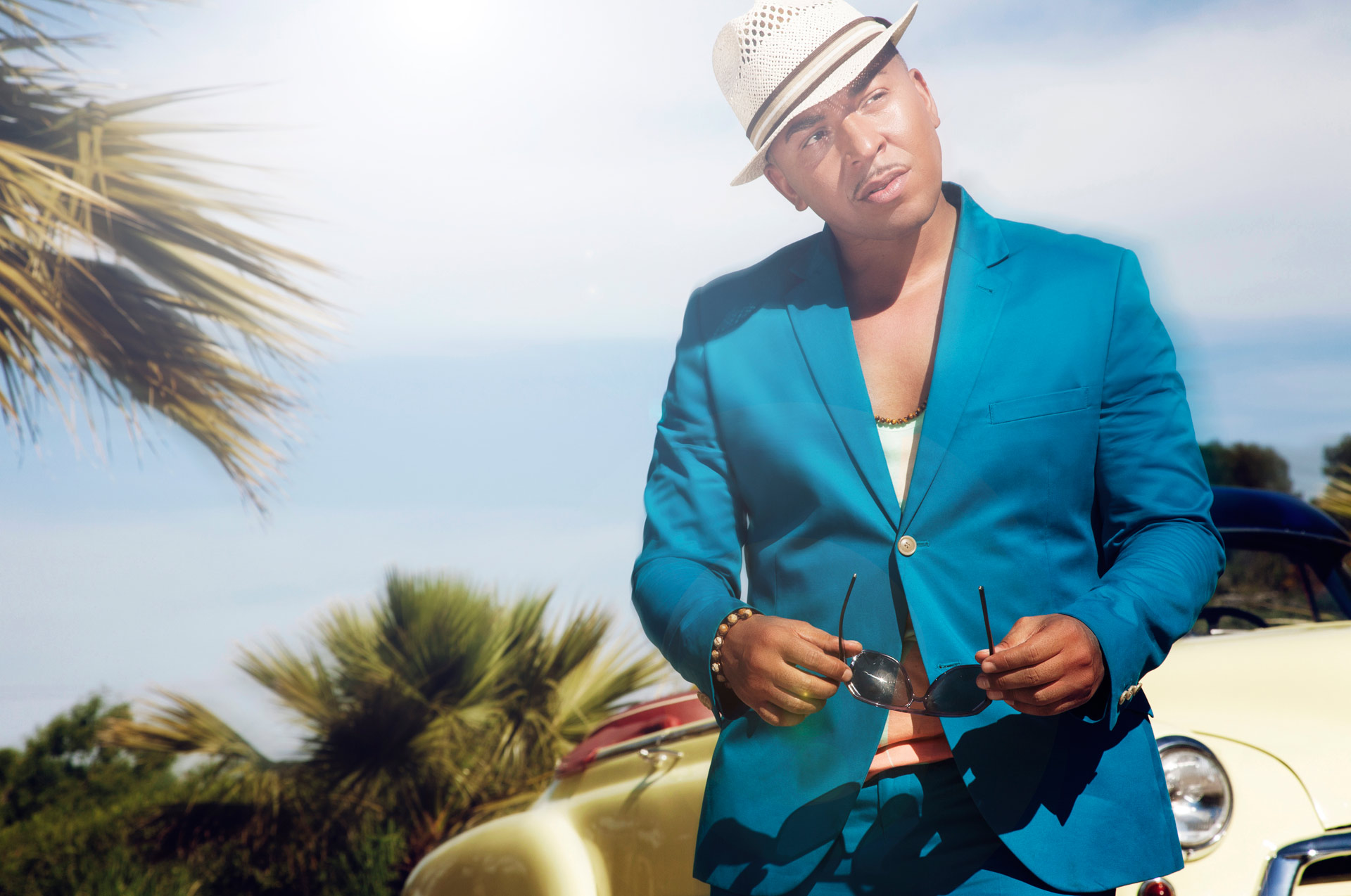